A new study published as “Editor’s Choice” in The Journal of Infectious Diseases found that expansion of HIV treatment eligibility to include those under age 15 led to large and significant increases in initiation of antiretroviral therapy (ART) within 30 days of enrollment in care among 10- to 14-year-olds living with HIV.

Led by Olga Tymejczyk and Ellen Brazier of the Institute for Implementation Science in Population Health (ISPH) at the CUNY Graduate School of Public Health and Health Policy, the study used real-world longitudinal service delivery data from HIV clinics in seven countries in sub-Saharan Africa, all members of the global IeDEA research consortium: Burundi, Democratic Republic of the Congo (DRC), Rwanda, Kenya, Uganda, Malawi, and Zambia. All of the countries in the study adopted general universal test and treat, or Treat All, policies in 2016—policies that made all people living with HIV eligible for immediate treatment, regardless of CD4 count or clinical symptoms. Prior to adopting general Treat All policies in 2016, Uganda and Zambia had also adopted pediatric-specific Treat All policies in 2013, which extended treatment eligibility to all children younger than 15 years.

Given the study design, these increases in rapid ART initiation can be interpreted as the effect of expanded treatment eligibility guidelines for a population that has proven hard to reach with HIV care.

“Our findings are clinically important because young adolescents living with HIV in these settings often do not initiate ART until they are at advanced stages of HIV disease,” said Tymejczyk. “Getting them on treatment faster after they enroll in HIV care could help lower disproportionately high HIV mortality rates in this age group.”

The researchers emphasize, however, that as more follow-up data become available, it will be important to assess whether these young adolescent patients remain on treatment and achieve viral suppression.

“We also need to do more to shorten the time from HIV infection to diagnosis and enrollment in HIV care,” said Brazier. “Most of those enrolling into HIV care between the ages of 10-14 years are thought to have acquired the infection perinatally.  While it is encouraging that Treat All has improved their access to HIV treatment, we need to understand and address barriers to timely diagnosis and enrollment in HIV among this age group.”

About the Institute for Implementation Science in Population Health at the City University of New York
The CUNY Institute for Implementation Science in Population Health (ISPH) was founded on the notion that substantial improvements in population health can be efficiently achieved through better implementation of existing strategies, policies, and interventions across multiple sectors. We study how to translate and scale-up evidence-based interventions and policies within clinical and community settings in order to improve population health and reduce health disparities. CUNY ISPH. Pursuing population health gains through better implementation. cunyisph.org. Follow us on Twitter: @CUNYISPH. 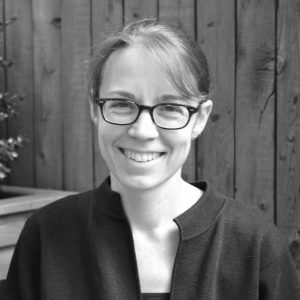